The Treaty of Waitangi is part of the fabric of New Zealand constitutional law. The general partnership that it establishes between Crown and Iwi in terms of the governance of this country should be reflected in every government action. 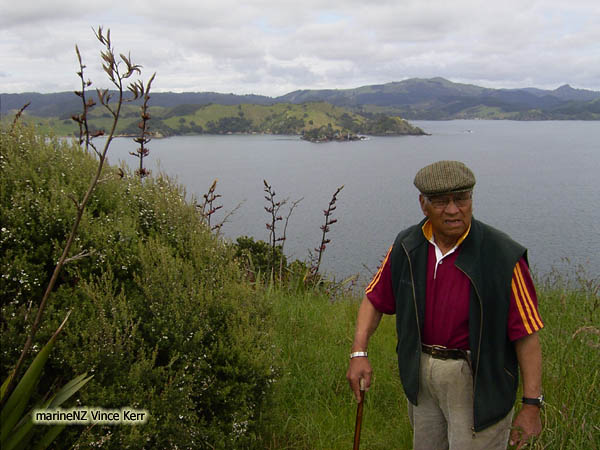 This section provides an overview of the legislative relationship between marine reserves and the Treaty of Waitangi. Other important aspects of working with Hapu Iwi can be found on the following pages:

Working With Your Community Library; Traditional Management (collection of background papers), Case Studies (various examples of Iwi Hapu involvement in marine protection and the issues), Supporting Customary management because the

Treaty is officially regarded as an agreement between state parties, it cannot be directly enforced or called as a defense in New Zealand courts unless the relevant provisions or principles have been incorporated into ordinary New Zealand municipal law. This is where ‘Treaty clauses’ enter the picture. Recognising that the Treaty is a living and evolving document means that most statutory references are couched very broadly and focused on principles rather than specific words or phrases.

Here is a summary of Treaty principles currently recognized and explained by New Zealand Courts, the Waitangi Tribunal and the Government. They include:

The Marine Reserves Bill 2002 (stalled in Select Committee), includes its own Treaty clause in the same wording as the Conservation Act: "11 Treaty of Waitangi This Act shall so be interpreted and administered as to give effect to the principles of the Treaty of Waitangi."

At the time of writing a new Marine Protected Areas Bill is being drafted but has not been introduced to parliament (July 2017). Expect a similar clause to what appeared in the 2002 proposed Bill and in addition there may well be more detailed provisions designed to support co-management of marine reserves and also dealing with the issues around granting concessions in marine reserves. Under the current Act there are no concessions in marine reserves. A consultation document on the proposed Marine Protected Areas Bill was released in 2016. It contains some discussion on what to expect but no exact wording for the proposed Bill.

The most important point about this form of ‘Treaty clause’ is that it governs all action taken and decisions made under the relevant Act/s. It is vitally different from requirements to ‘have regard to’ or ‘acknowledge’ Treaty principles.

However, the Minister of Conservation who makes the final decision to approve your marine reserve application does not have the power to act inconsistently with Treaty principles (although the interpretation of these principles may change over time).

However, ‘giving effect to’ Treaty principles is more than a negative duty to avoid their breach. The Crown must take active steps to implement these principles at a practical level when administering and interpreting the Act, including during the establishment of marine reserves.

Therefore, you as a prospective applicant should approach iwi consultation and the campaign process positively and with the view to advancing Treaty principles; for example, working alongside existing taiapure proposals and actively promoting the establishment of a management committee which includes representation of tangata whenua interests.

The explanatory notes provided by DoC for the 2002 Amendment Bill had this to say: (Note: these notes provide a guide as to what to expect from the currently being considered Marine Protection Act.)

Principles of the Treaty

The way in which the Bill provides for the establishment and management of marine reserves is consistent with the Crown’s obligations to Maori under the principles of the Treaty of Waitangi and recognizes statutory obligations to Maori under the Treaty of Waitangi (Fisheries Claims) Settlement Act 1992 [commonly known as the Sealord Deal] and the Conservation Act 1987.

The Bill includes a Treaty clause that requires the Act to so be interpreted and administered as to give effect to the principles of the Treaty (cl 11). This maintains the obligations that already exist through section 4 of the Conservation Act.
The Bill also contains specific provisions that recognise the Treaty partnership:
• The Bill recognises the importance of providing opportunities for research contributing to Te Ira Tangaroa (Maori traditional and contemporary knowledge relating to the life principle of the marine environment) (cl 9(d), 12(2)).
• A reserve application cannot include areas within established mataitai or taiapure (cl 49(2)).
• The application process recognises tangata whenua, and iwi or hapu who have customary access to the proposed marine reserve area. The Bill requires:
– Consultation with them from an early stage when a reserve proposal is first being developed, and on a formal application (cl 48, 53(3));
– The Minister to consider (when deciding whether or not to approve a reserve application) whether there is an undue adverse effect on their ability to undertake customary food gathering, or on their relationship with the area (cl 67(2)(c)).
• Once a reserve has been established, the Bill also requires tangata whenua to be included on any management board or advisory reserve committee that may be appointed (cl 27), and to be consulted on any management plan (cl 40).