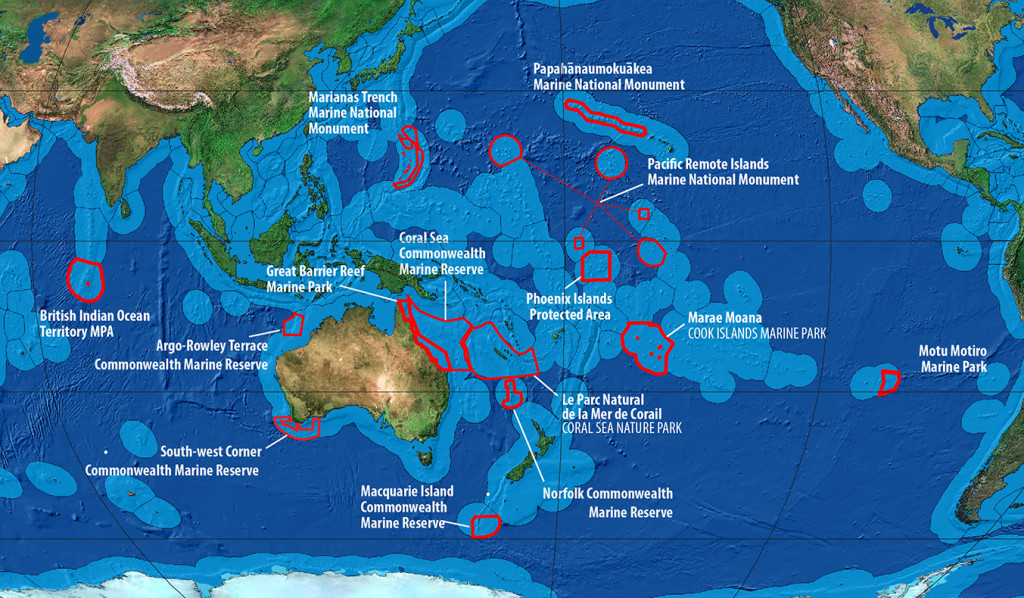 Marine Protection Networks outlined in redHow much of our global ocean is protected? The United Nations target for 2020 is ten percent. Currently just three percent of New Zealands ocean waters are in marine protected areas. Another one percent is proposed. More than ninety percent of the world's oceans have no form of protection. Of even more concern is that much of what is described as MPA's are various management arrangements, which do not necessarily deliver biodiversity protection. Only one percent of the ocean is strongly protected in no-take marine reserves.

Go to the MPA Atlas web site to dive into the details of world's Marine Protected Areas. See our case study on Marae Moana and MPA's in the Cook Islands. 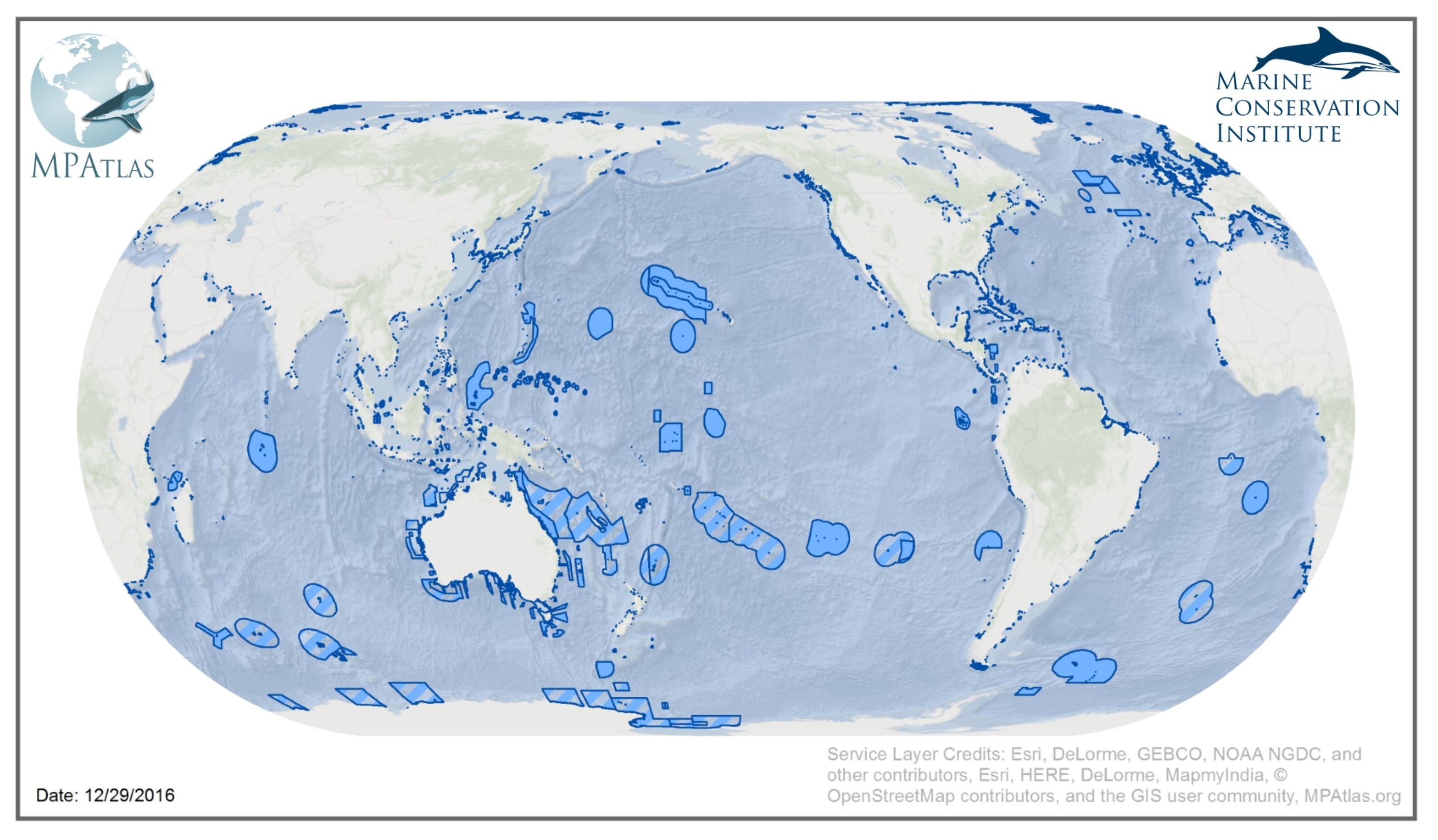 More Information from around the world on MPA Networks

Listen to a Hawaiian elder talking about marine protection progress in Hawaii.

California's coast and ocean are among our most treasured resources. The productivity, wildness, and beauty found here is central to California's identity, heritage, and economy. The need to safeguard the long-term health of California's marine life was recognized by the California Legislature in 1999 with the passage of the Marine Life Protection Act. This Act aims to protect California’s marine natural heritage through establishing a statewide network of marine protected areas (MPAs) designed, created, and managed using sound science and stakeholder input. 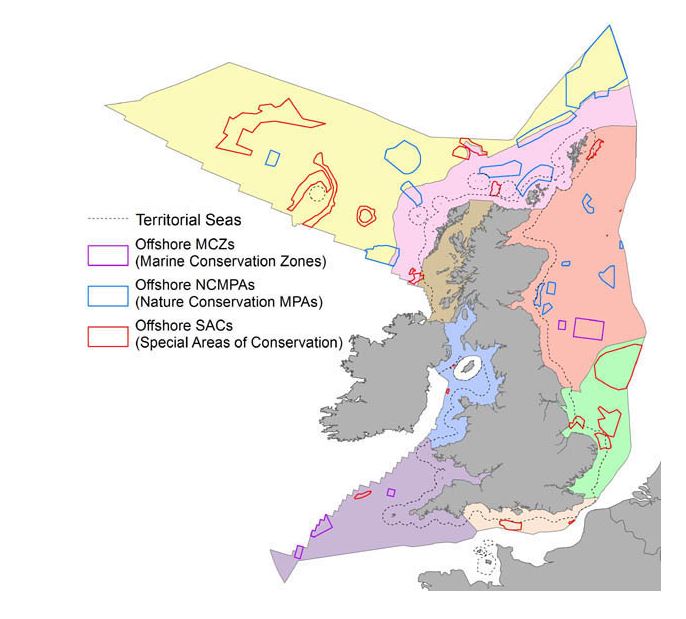 The United Kingdom of Great Britain and Northern Ireland are making gains in nature conservation in the sea. With dozens of different types of conservation designations, the UK works hard to preserve and enhance species and habitats of local, national, and international importance. The Government committed to the establishing a sound network of MPAs. The network include six different types of designation, although other designations currently exist which affect this new network. Current designations include:

Also please see our Library archives on publications on Marine Reserve Design which also cover topics of design of networks of marine reserves.