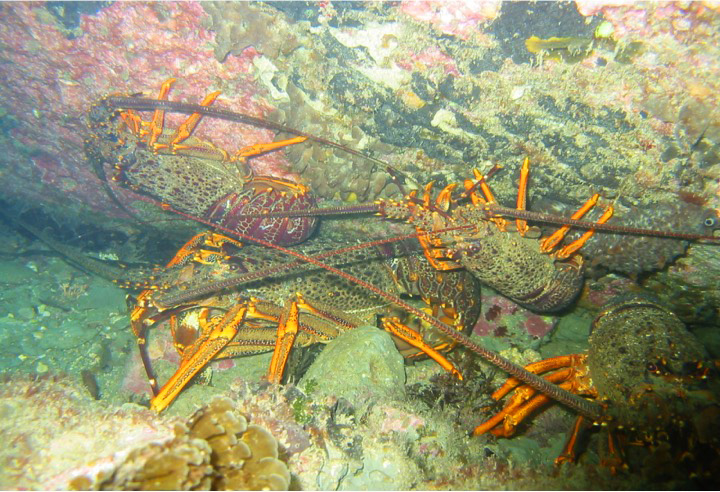 Whangara craysTe Tapuwae o Rongokako Marine Reserve Te Tapuwae o Rongokako Marine Reserve is located on the East Coast of the North Island, approximately 16 km north of Gisborne. The reserve protects an area of approximately 2450 hectares. It extends from near the Waiomoko River mouth in the north to near the Pouawa River mouth in the south. This reserve protects eight marine habitat types including inshore reef, rocky intertidal platforms and sediment flats which are representative of the marine area between East Cape and Mahia Peninsula. This area is strongly influenced by the warm, saline waters of the East Cape Current. The beach and intertidal reefs are best explored at low tide. There is a sandy beach about 4 km long, as well as intertidal reef platforms around Pariokonohi Point near the southern boundary. The best way to learn about the reserve is to get into the water with a mask and snorkel and explore the rocks close to the shore. The shallow moat near the southern end of the reserve provides an ideal place to observe some of the plants and animals of the subtidal area. The subtidal area of the reserve contains several distinct habitats. Down to about 10 metres a variety of seaweeds such as flapjack and kelp can be found. Kina, marine snails and sponges are common. The species of fish you may see include spotties (paketi), banded wrasse (tangahangaha), red moki (nanua), hiwihiwi, butterfish or greenbone (marari) and marblefish. The east coast between East Cape and Cook Strait also has very high rates of larval rock lobster settlement. As a result rock lobsters form a conspicuous and important part of the reef community. Depending on the time of year you may see hundreds of tiny crayfish in the crevices and overhangs of the reef.

Te Tapuwae o Rongokako or the footprint of Rongokako, (an ancestor) is embedded in one of the rocky structures of the marine reserve, close to the shore. There are many traditions surrounding Rongokako, but there is general agreement that he was a man of immense athletic prowess and dexterity and a giant who could stride huge distances. Local tradition suggests that Rongokako was sent by Kiwa to investigate the late arrival of the Horouta waka to Turanganui-a-Kiwa. When he arrived there a disagreement arose between him and Paoa which resulted in Paoa chasing him down the East Coast shoreline. However Paoa was no match for fleet-footed Rongokako. Paoa set a large rat trap to snare Rongokakoís pet, an enormous kiwi but Rongokakao sprang the trap which flew inland to become Mount Arowhana. The site of the trap became Tawhiti between Te Puia and Tokomaru Bay. Rongokako left footprints in the flat rocks as he strode down the North Island. The first is at Wharekahika (Hickís Bay). The second is at Kaiora, south of Whangara mai tawhiti and is the one the marine reserve is named after. Then he left footprints at Turanga, Nukutaurua, Te Matau-aMaui (Cape Kidnappers) and Raukawa (Cook Strait) before disappearing. Kaiora the settlement that overlooks the marine reserve was a well populated papakainga (village). Porourangi, the famous East Coast chief, lived here and is buried close by. Another important chief who live here was Konohi. He had three sons: Marukauiti, Te Riwai and Wahakapi from whom the present hapu of Whangara mai tawhiti claim descent. Te Tapuwae o Rongokako Marine Reserve was established in 1999 via  a joint application between DOC and the hapu Ngati Konohi. 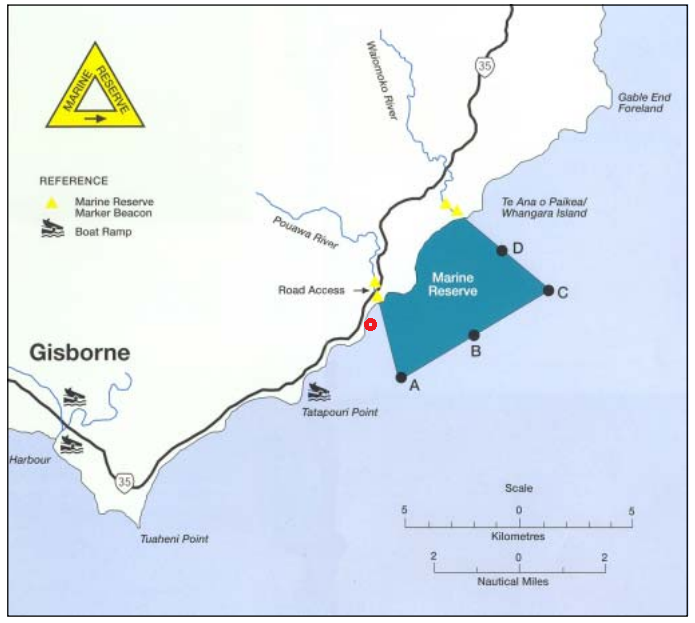 Local Hapu Ngati Konohi from the beginning of the marine reserve project have provided strong and inspired leadership. They have been committed to the partnership with the DOC. As a result significant research and monitoring work has been undertaken at the marine reserve and with the hapu. One of these reports looked at the the aspirations and goals the hapu had set for the future of their marine reserve. This study is well worth a look.

Ngati Konohi interests and expectations for the rohe moana 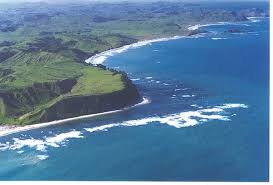 More recently the Hapu have successfully establish a Mataitai areas on one boundary of the marine reserve. They have always had the idea that the marine reserve would serve as a nursery for the whole area and that they aimed to manage the recovery and spill-over of marine life in the surrounding areas in their rohe moana. They are now doing this utilising the Mataitai tool from the customary fishing regulations of the Fisheries Act. They also have plans to create a large 'encompassing' area to manage under a Taiapure structure which will give they a means of having the larger community more involved in the local managment happening 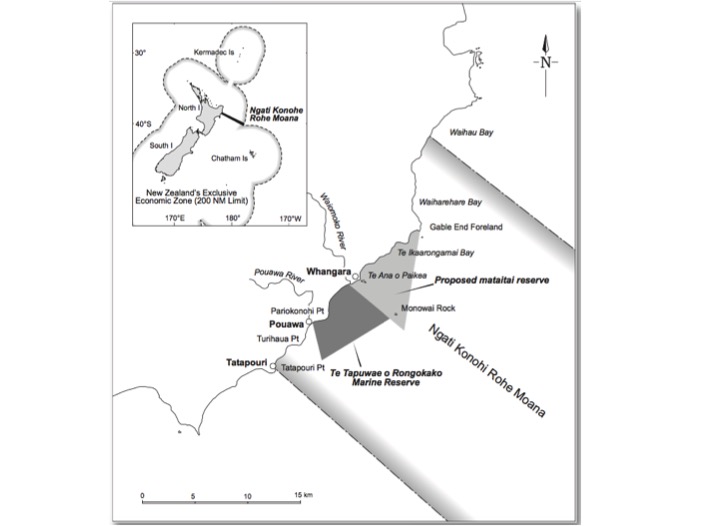 The Experiencing Marine Reserves has an active program in the Gisborne areas, the link below takes you to an interview held with Gisborne EMR coordinator Murray Palmer

Great interview with Murray Palmer on the importance of the reserve to the local community.

The Reserve has an active 'Friends' group. Go to their facebook site and see what they are getting up to.

Crayfish populations are recovering well in the marine reserve 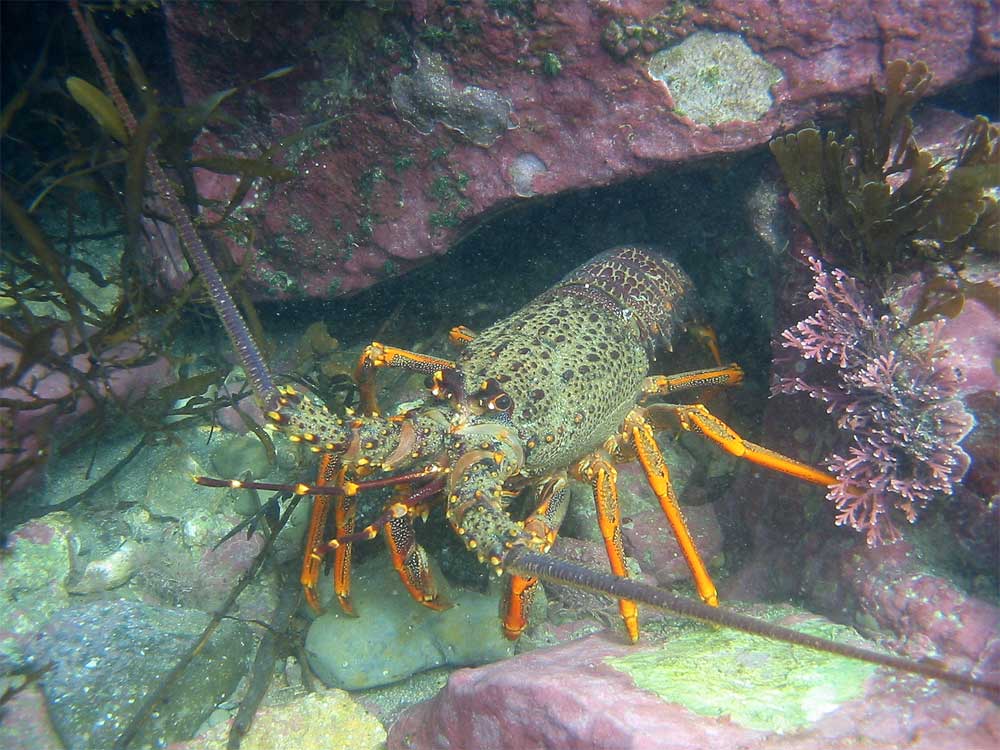