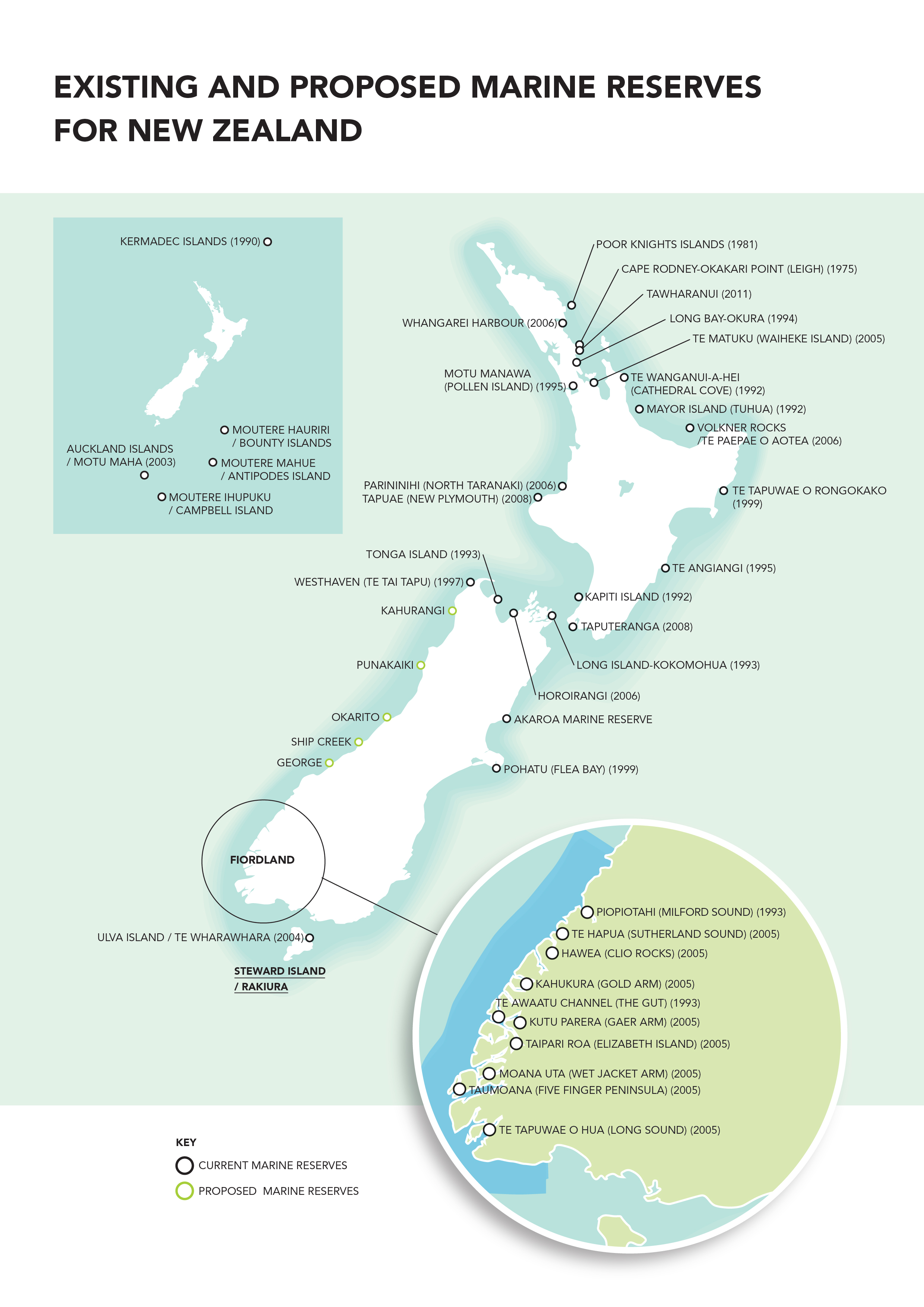 Marine Protection in New Zealand is in a period of change. For a long time there has been a desire to change the legislation. The Government in 2016 released a discussion document of its proposed changes in the form of a new marine protection bill. It is highly recommended that anyone interested in marine conservation study these proposed changes, but the final form of this legislation is not clear. There has been no report on this consultation released at the time of writing this page and there is no date set for introducing the legislation into Parliament.

In the leu of major changes we are currently bound by the legislation of the Marine Reserve Act 1971 and the MPA Policy and Implementation Guide.

IMPORTANT: the MPA policy is not legislation, the policy guides government departments actions in establishing marine protection in NZ. Marine reserves and other protected area proposals can be prepared by non-government groups and regional forums for the purposes of marine protection.

Before 2005 the Department of Conservation was often an applicant for marine reserves and supported many groups in their applications. The use of government resources is now directed by the MPA Policy and Implementation Plan first published in 2005 with the goal to "Protect marine biodiversity by establishing a network of MPAs that is comprehensive and representative of NZ's marine habitats and ecosystems".
It's key components and the mechanisms as outlined in the MPA: Classification, Protection Standard and Implementation Guidelines 2008 are:

The government wants coordination of the MPA planning process in regional community based Marine Protection Planning Forums (MPPF) (MPA forum process) made up of stakeholder representatives that will be supported by DOC and MPI staff, and tasked to work towards consensus on a recommendation report to the Ministers within 18 months of their formation. The key steps to follow include:

Upon the formation of a MPPF in a region, MPI and DOC staff may be tasked to prepare reports which include an inventory of established protected areas and how they fit into the classification system.

A set of guidelines have been developed to guide each forum process, allowing for constructive engagement by tangata whenua, user groups and the public specifically for planning MPAs (not for fisheries management, aquaculture and Resource Management Act issues). The guidelines insist forum recommendations minimise the adverse impact on existing users of the marine environment and adhere to Treaty of Waitangi settlement obligations.

MPA forums (aka MPPF) have been carried out to the point of marine protection being gazetted in the Sub-Antarctic Islands, West Coast of the South Island and now Kaikoura. Forums are underway in 2017 for the Hauraki Gulf Spatial Plan and the Otago South Coast